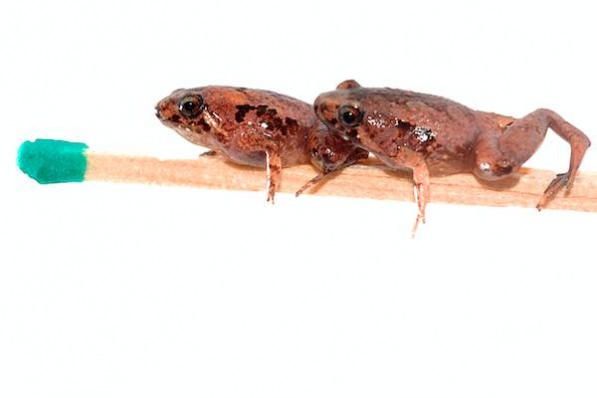 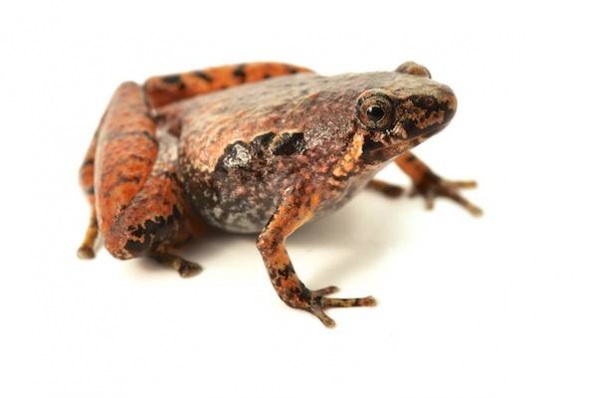 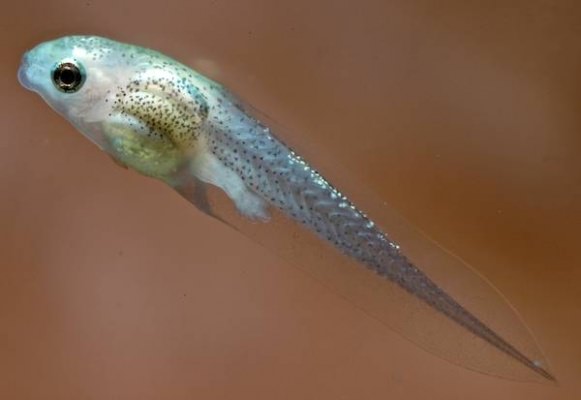 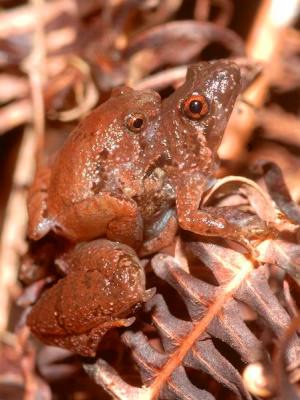 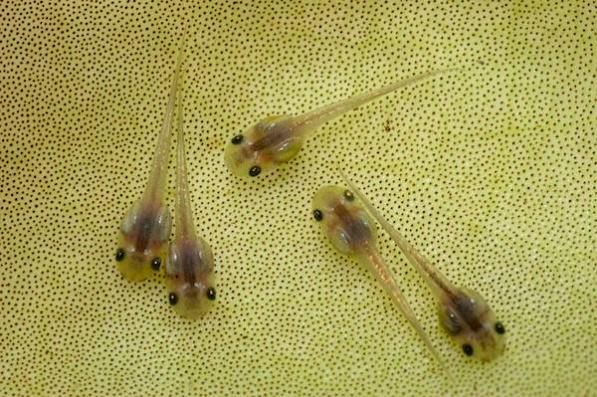 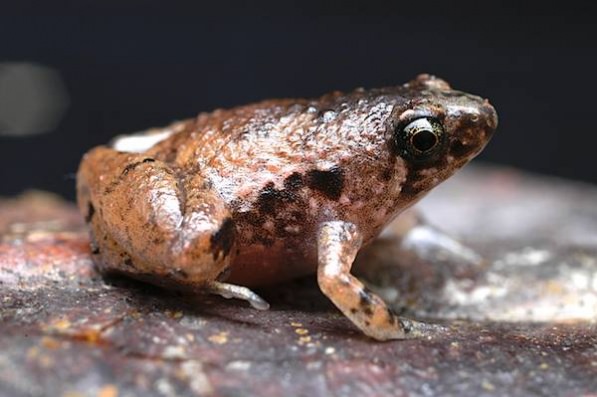 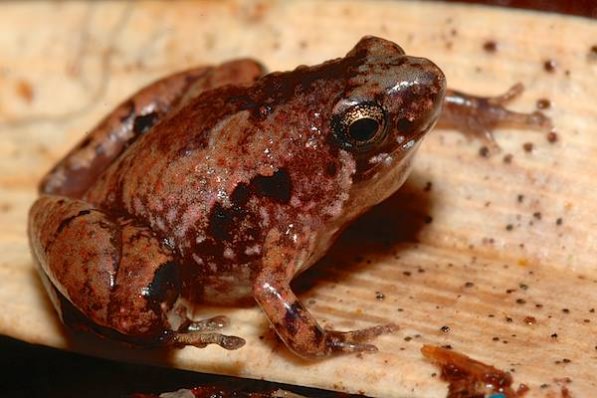 Microhyla borneenis was classified under the name of M. nepenthicola first. The "borneesis" type specimen has now been assigned to what was formerly known as M. nepenthicola. We adopt the taxonomic amendments here for formal reasons, not necessarily endorsing this view.

Microhyla nepenthicola is a very small forest floor species, associated with pitcher plants. We found it to be particularly abundant in forest edge habitats. The maximum snout-vent length is 16 mm in females but most specimens and males in particular are smaller and are in the range of 10.6–12.8 mm, making them the smallest frog of southeast Asia.

The frogs are colored in shades of brown above. The (innermost) first finger is indistinct, much reduced. This finger is more distinct in females than in males. The other three fingers are well-developed. Finger and toe tips are expanded.

This tiny species is abundant locally where pitcher plants occur. Breeding groups are active during the day (afternoon) and night in patches of pitcher plant growth (particularly Nepenthes ampullaria).

Tadpoles of this species are very small and moderately pigmented. The tail terminates in a short flagellum. Tadpoles are known from pitcher plant pitchers.

Tadpoles are endotrophic. They live from the yolk supplies in their guts. They lack keratinized mouthparts. The mouth is terminal, slightly upward directed. The spiraculum is located in a medial position on the venter. Undisturbed, tadpoles hardly move but hold position in oblique orientation and manoeuver by beating their tail end.

The eyes of the tadpole are far lateral on the head.

This species was described in 2010 from Gunung Serapi, within the Matang Range, western Sarawak. It is presumably widespread in suitable habitats along the lowlands of northern Borneo.