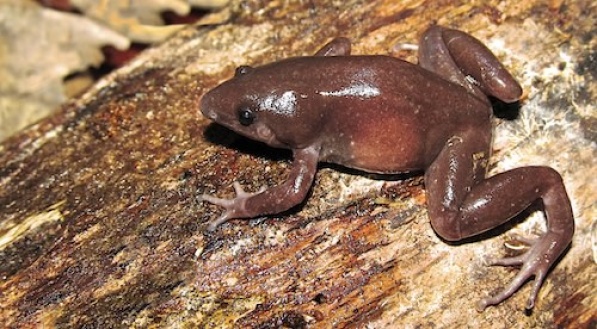 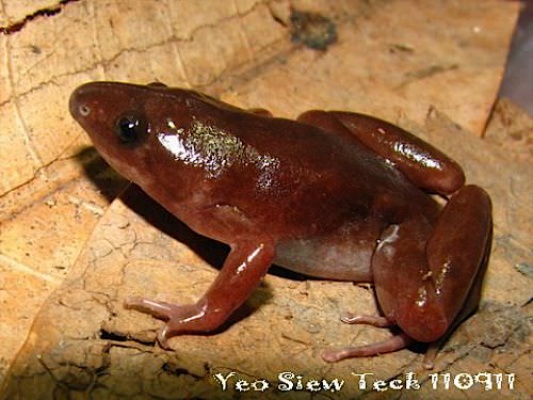 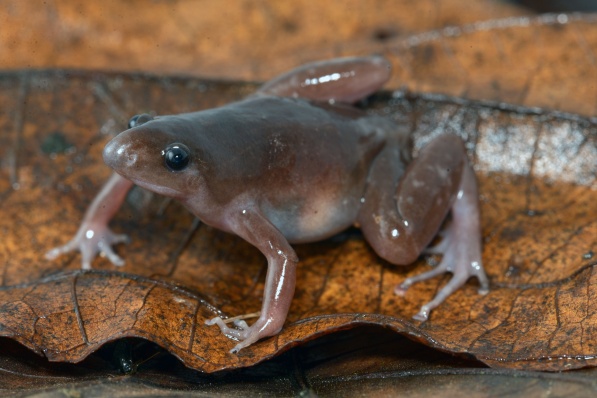 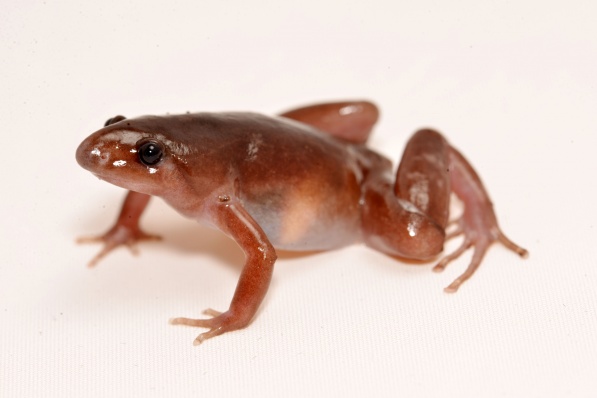 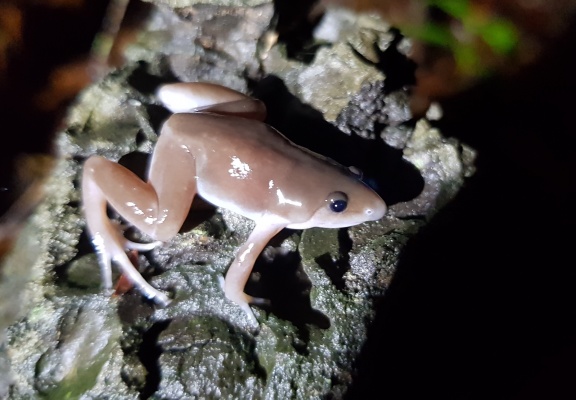 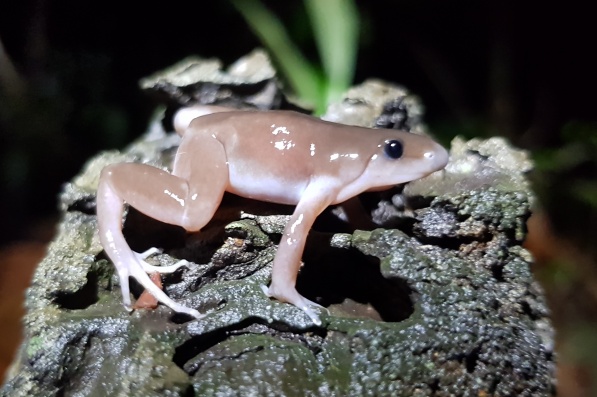 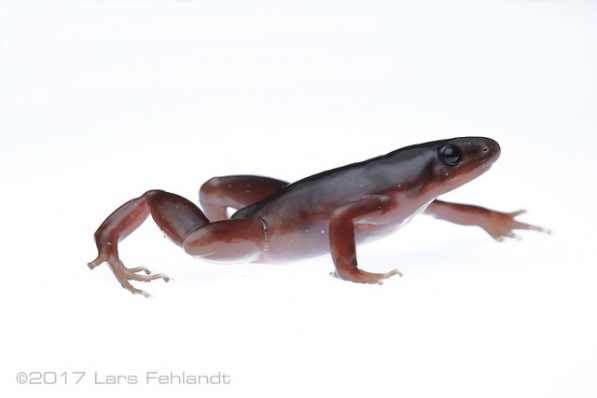 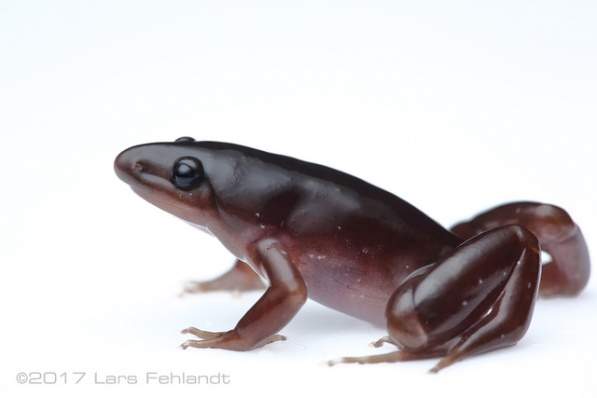 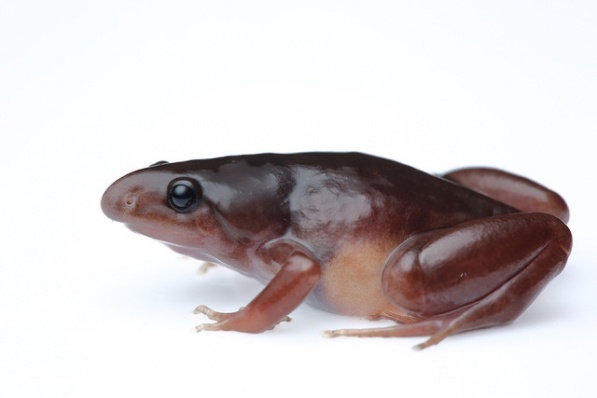 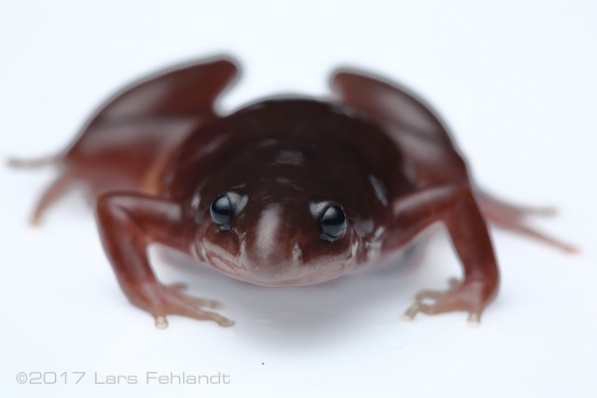 Despite the English name, this frog belongs to the Microhylidae and not to toads in a zoological sense (Bufonidae). Gastrophrynoides assumes the most basal position of the Australian-New Guinean subfamily Asterophryinae. This means that its closes relatives are microhylid frogs from Australopapuan realm.

Gastrophrynoides borneensis has rarely been seen alive, nor is it well represented in scientific collections. The reason likely is a very secretive way of life, possibly subterrestrial. Little is know about this frog. Once we learn more about it, it might turn out that it is not as rare as previously thought.

The body is dark brown, with or without white spots. The head is conical and has a long snout. The eyes are small and black.

Joint work by scientists from NUS (D. Bickford) and ITB (D. Iskandar, A. Irawan) led to the discovery of more specimens in Kalimantan (top photo courtesy ©A. Irawan). Also another specimen was spotted and photographed by ©Yeo Siew Teck in Sarawak. The two photos of the pale looking specimens were taken and kindly provided by ©Bob Zakaria, and two more by ©YONG MIN Pui. The latter two specimens were also photographed by ©Lars Fehlandt on white background and are posted here with permission.