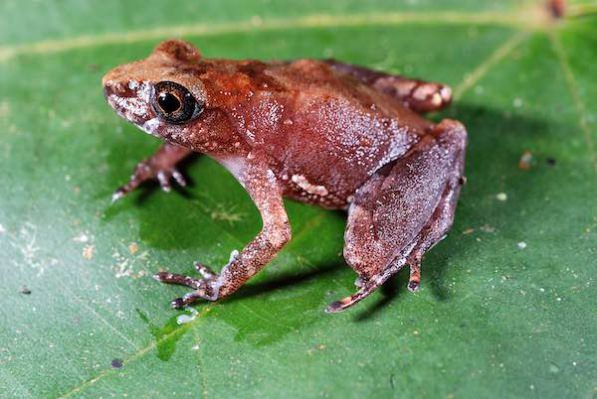 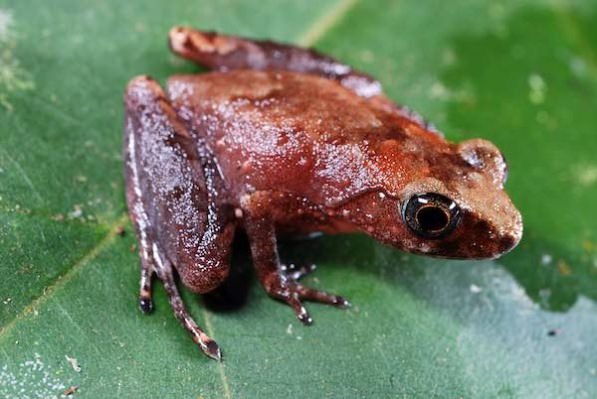 Leptobrachella juliandringi is found at low elevation primary forests of northeastern Sarawak. At Mulu, it can be found in the same elevational range with L. parvus, L. brevicrus, and L. baluensis, but is strictly separate from L. brevicrus and L. itiokai by ecology and altitude. L. juliandringi has been found only the lowlands, at small sized streams with sandy-gravely bottom. The species has been described only 2015 by Eto et al. from where the description was adopted. The species reaches approximately 18-19 mm snout-vent length in both sexes.

This species is reddish-brown dorsally on the head and the body and bears dark markings, such as an inverse triangular shape on upper eyelid and interorbital space. A W-shape can be found across the shoulder region and an inverted V on the posterior dorsum. Among the other species in the genus, L. mjobergi is very similar. L. juliandringi, however, differs from the latter by elongate ventrolateral glands, lack of black markings on flank, and a belly that is light-colored and unpigmented posteriorly but dark (broken brown network) more anteriorly. Toe webs are poorly developed.

The call is a chirp and very high in frequency (7-8 kHz dominat), with harmonics in above the hearing capabilities of most people (19.5 kHz)

The tadpole is very similar to the tadpoles of L. mjobergi or L. baluensis.