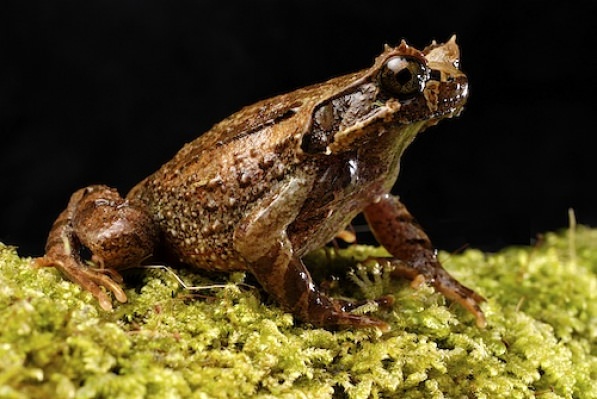 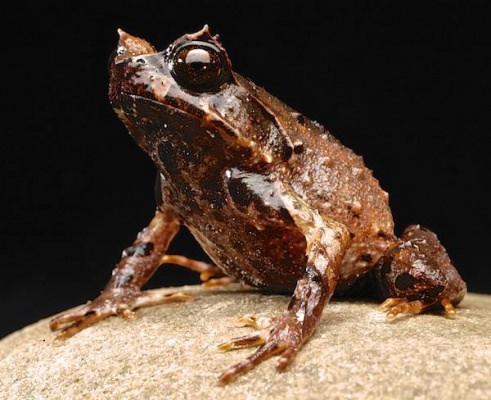 Pelobatrachus baluensis is known from Mt. Kinabalu, Crocker Range and neighboring mountains of Sarawak and Kalimantan. It is a montane species that occurs in primary forest between 1200–1900 m asl.

This frog is brown above with dark markings and some rows of warts on the back. It has multiple small "horns" above the eye. The nout is short and a nasal projection is absent. It lives sympatrically with Pelobatrachus kobayashii, a larger species.

All species of the Genera Pelobatrachus have typical tadpoles that cannot be confused with any other tadpoles:

Reliable keys to determine tadpoles in the field have not been established yet. The tadpole depicted below was assigned to the species on the basis of DNA matching with an adult frog.

This species reaches a maximum size of 70 mm in females and 45 mm in males.