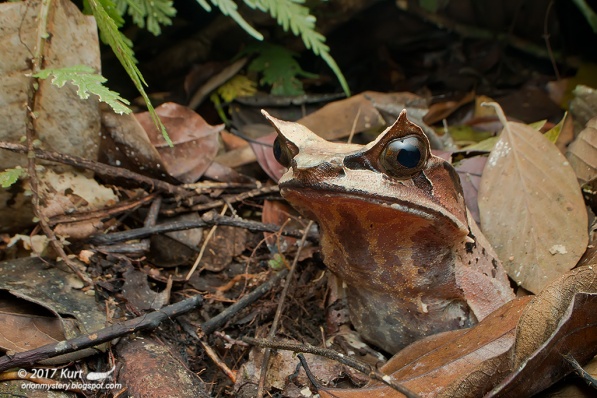 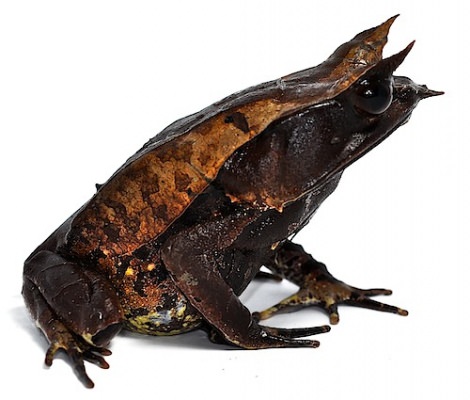 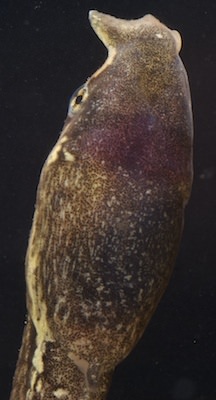 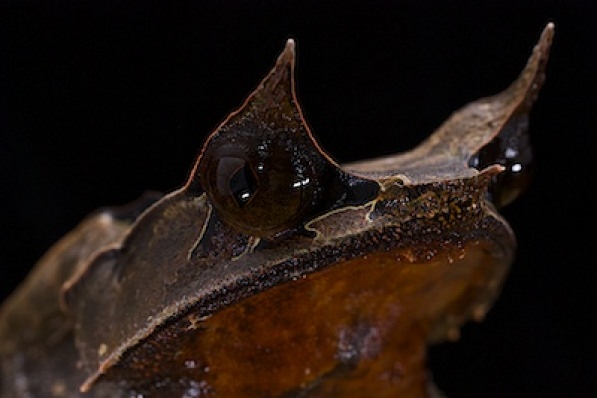 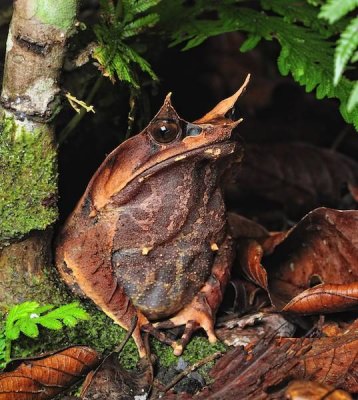 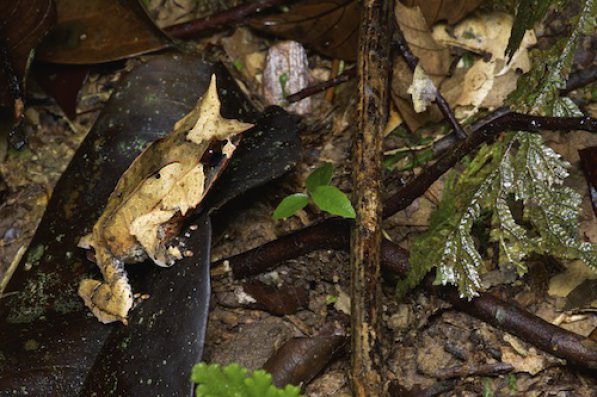 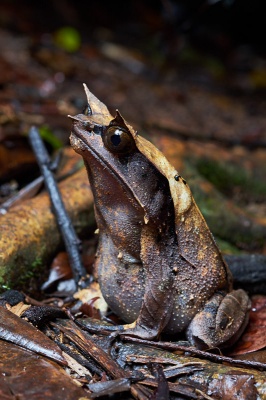 Megophrys nasuta is a common species in the lowlands of Borneo, but also occurs up to montane levels.

It is a stocky frog with arms and legs that appear almost too slender and weak for that size of a frog. The head is broader than the body and relatively flat. Snout tip and upper eyelids bear triangular skin projections. two pairs of thin folds run down the back.

Males call at the late day hours or at dusk. Also they announce upcoming rainfalls and can call energetically during intense rain.

M. nasuta is a forest floor ambush hunter waiting for big insects, snails and possibly other frogs coming within reach of its tongue. It will rely on its camouflage and will sit and cower when approached.

All species of the genera Megophrys and Xenophrys have typical tadpoles that cannot be confused with any other tadpoles:

The tadpole of nasuta appears darker in pigmentation than the other Megophrys or Xenophrys species.