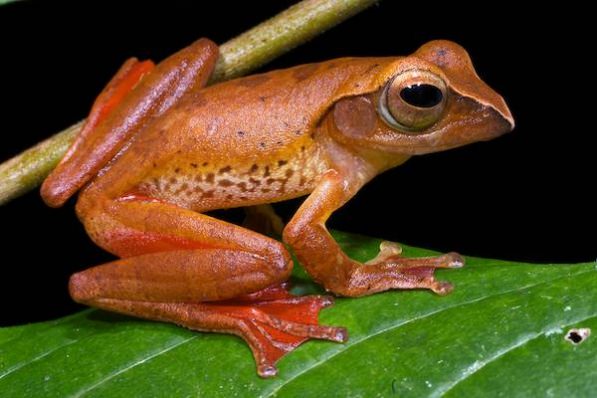 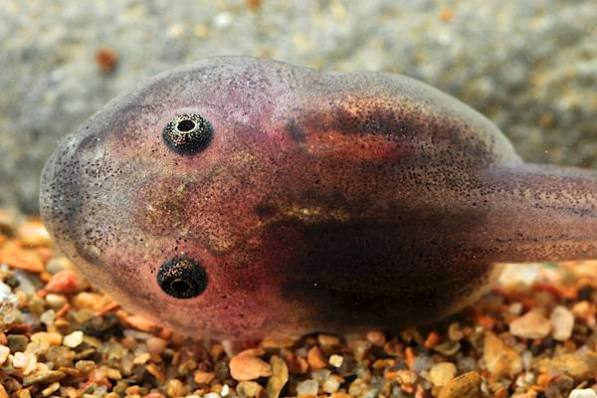 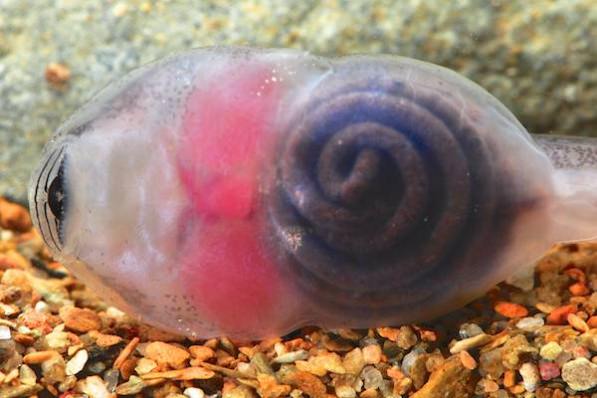 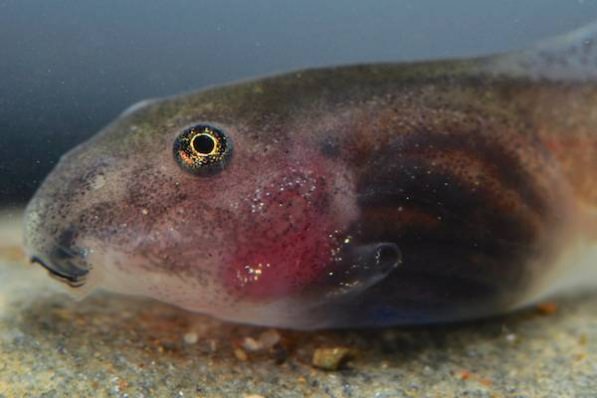 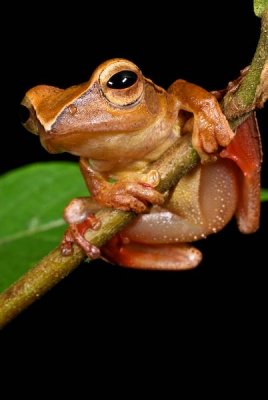 Leptomantis rufipes is a very handsome, mid-sized tree frog. As indicated by its scientific name, it has red webbing similar to R. pardalis. It differs from R. pardalis in size (smaller) and snout shape (more angular).

Little is know about the ecology of this species. We encountered it in lowland forest with patches of kerangas, and also lowland dipterocarp forest. Reproductively active males perch 2–3 m above the ground. According to Inger & Stuebing (2005) breeding activities are sporadic and unpredictable. The calls has not been described scientifically, but we heard a soft series of chuckles from male congregations, quite similar to that of other Leptomantis.