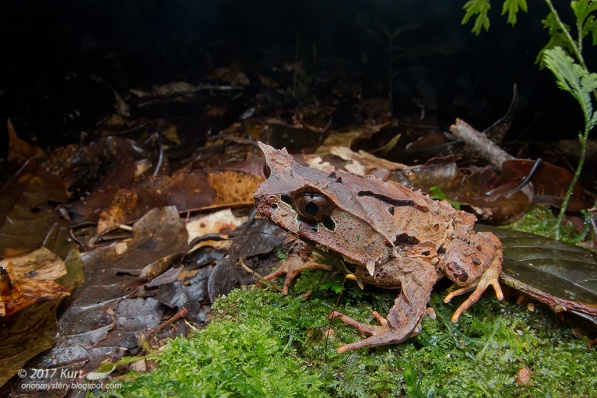 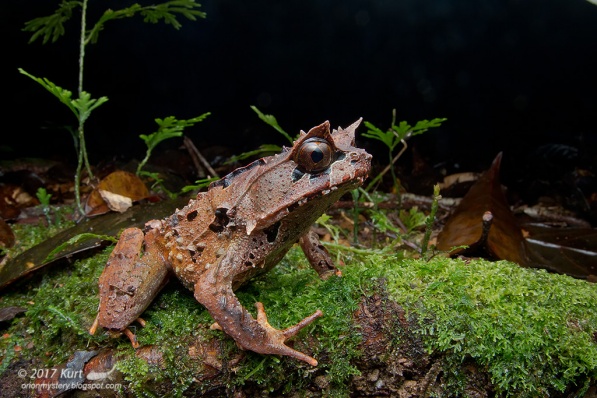 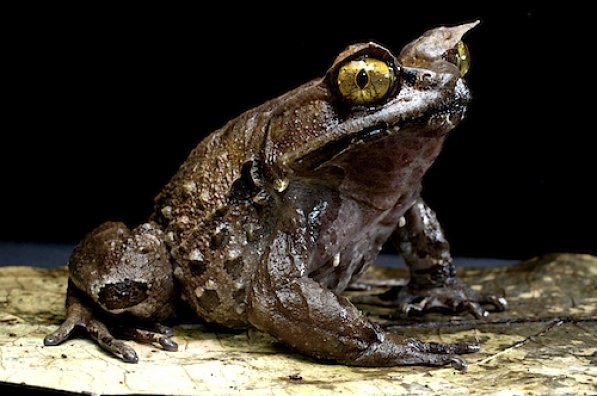 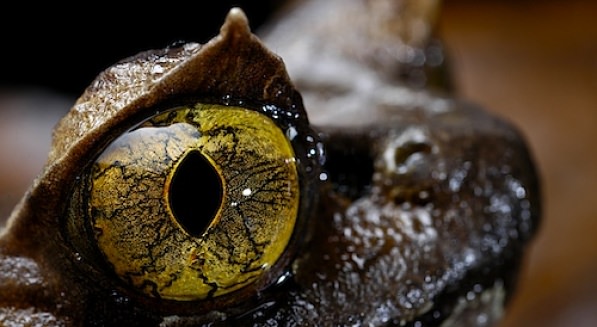 Pelobatrachus kobayashii is among the most impressive frogs of East Malaysia. It is known from Mt. Kinabalu and Crocker Range. It possibly inhablits the neighboring mountains of Sarawak and Kalimantan. It is a montane species that occurs in primary forest between 1200–1700 m asl.

All species of the Genera Pelobatrachus and Megophrys have typical tadpoles that cannot be confused with any other tadpoles:

The tadpole of P. kobayashii has been reported to be similar to those of P. baluensis (Malkmus et al. 2002). Reliable identification in the field is not possible at this point.