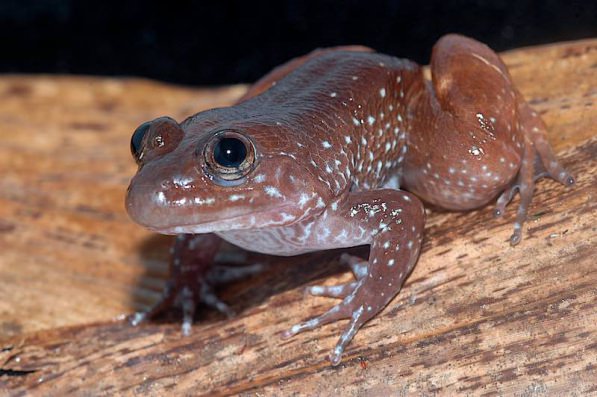 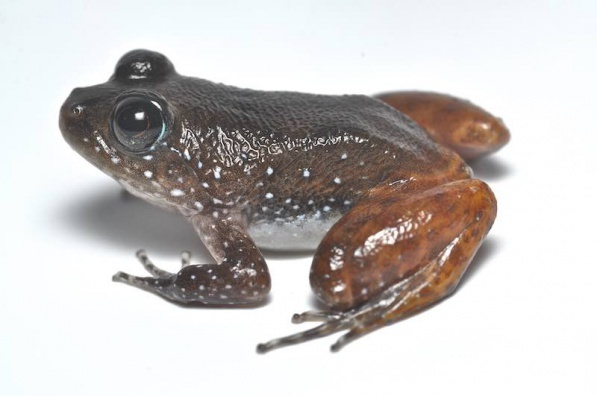 Limnonectes cintalubang has been described in 2014 by the team of Matsui. Type locality is Ranchan, Serian, Samarahan Division. However, this species is much more widespread and we have seen it in several other hilly localities in West Sarawak. Despite its distribution it has escaped the attention of scientists for a long time, probably due to its wary nature and secretive lifestyle: This frog inhabits subterranean tunnels (up to 60 cm long), leaves the tunnel at night and mostly remains within 1 m radius of the tunnel entrance. The slightest disturbance makes the frog jump into the tunnel and disappear.

Limnonectes cintalubang looks superficially like a typical "Limnonectes-kuhlii"-type frog, but differs from those frogs in its visible tympanum and smoother skin, and by smaller body size (females 32–43 mm) and much less developed toe webbing (web of fourth toe leaving at least 2.5 phalanges on each side, no movable flaps of skin on edges of fingers and toes) (see Matsui et al. 2014 for more details). In the field it is rather easy to recognize based on its size, color pattern (orange tinge of hind limbs, more pronounced white spots than other Limnonectes) and mode of life (always near tunnel).

The reproductive mode and tadpoles are unknown. Matsui and his team measured egg diameter in gravid females (collected in July) as 1.6–1.9 mm. Eggs were creamy white. It is unclear whether mating occurs in the tunnels.