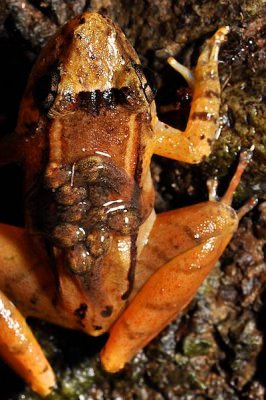 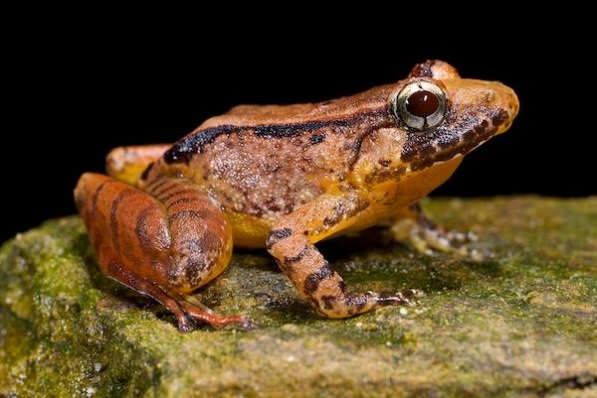 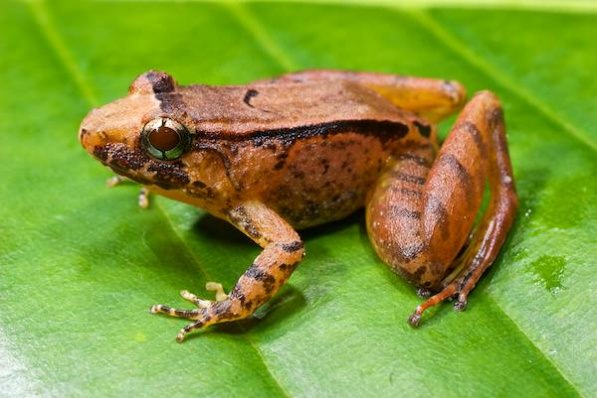 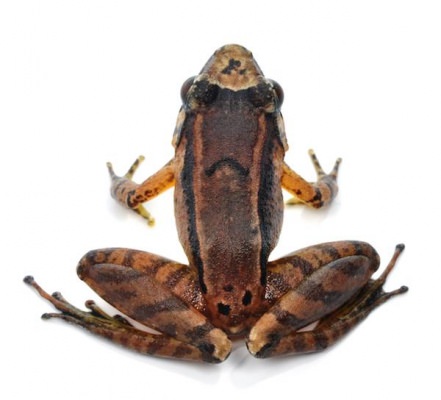 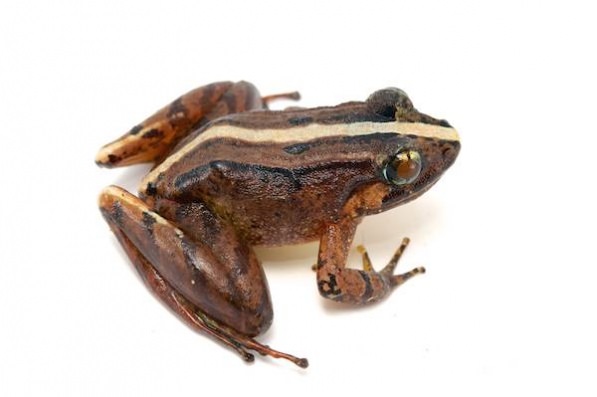 Limnonectes palavanensis inhabits the forest floor of primary forest. Most often the species is found in the lowlands but it has been recorded up to 1300 m asl.

There is a V-shaped ridge between the sholders. The anterior part of the head is different in color and separated from the back coloration by a sharp interorbital band. Juveniles, and in some populations adults too, have a medial vertebral stripe. Males call from below leaves on the forest floor and attract females to a terrestrial egg deposition site. The call is a series of "quek" notes. There is an intervall of several minutes between calls.

Eggs are laid on the ground and are guarded by the male. Finally tadpoles hatch from the egg jelly, climb the male, and are transported by the male to a nearby body of water. This interesting reproductive behaviour can also be observed in L. finchi from Sabah.

We found tadpoles in shallow puddles with sandy-silty bottom on trails, and in quiet sections of small, slow moving streams.

The tadpole is moderately dorsoventrally compressed. The tail is twice the length of the trunk and the tail fin is low, giving the tadpole a slender appearance in side view. The tail tip is pointed. Tadpoles may develop a medial stripe in advanced stages.