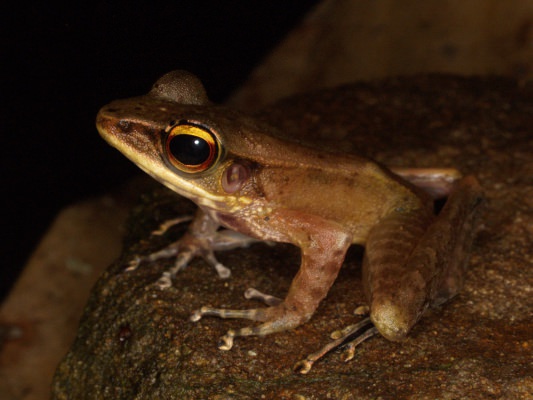 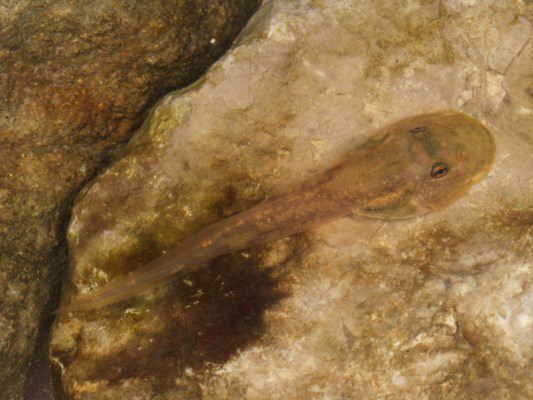 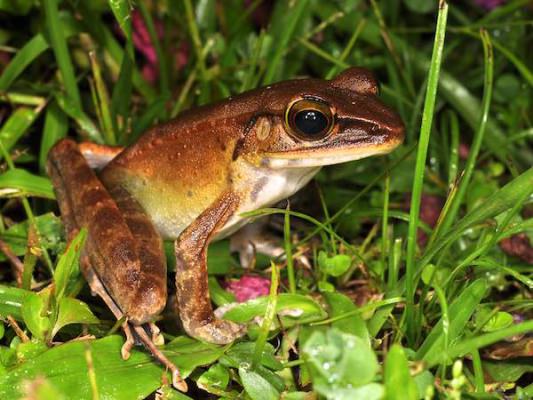 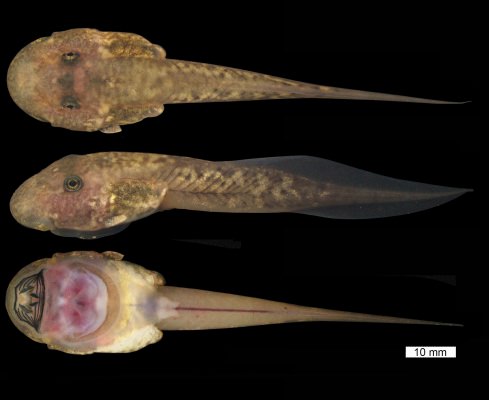 Meristogenys penrissenensis inhabits rocky streams in lowland forests of Sarawak. Snout-vent length 39 mm in males, 70–73 mm in females. The species has been described from Gunung Penrissen, Sarawak, at 460 m m elevation. It is also known from Taman Rekreasi Ranchan Serian, and the Matang range.

The toes are fully webbed to disk of the toes. The head is narrow. The rear of thigh dark brown mottled with irregular light spots. The tibia is without heavy pigmentation ventrally. Lips without distinct markings, lower lip barred indistinctly.

M. penrissenensis differs from M. jerboa, that also lives in western Sarawak, by lacking the black marking around the eye, temporal region, tympanum and anterior flank region of M. jerboa. Furthermore, the eye of M. penrissenensis is reddish only in the anterior and posterior sector of the iris (lower parts of iris completely reddish in M. jerboa).

Some of the photos courtesy of ©Tomohiko Shimada.