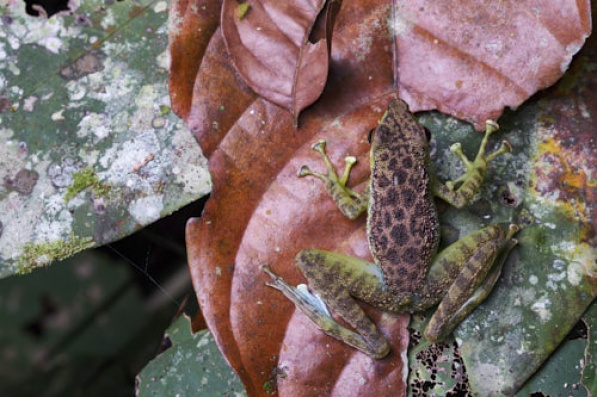 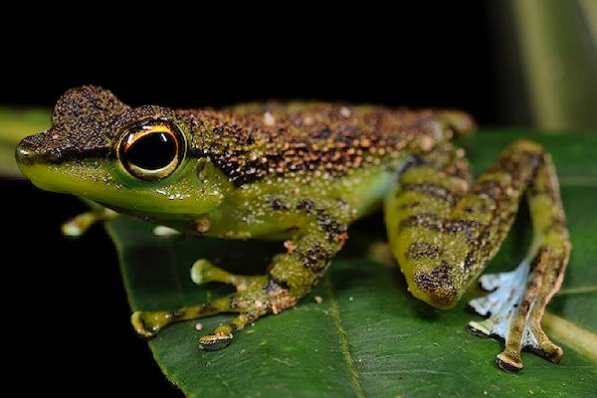 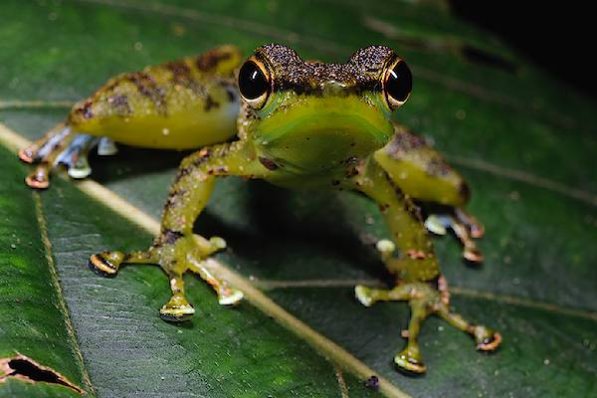 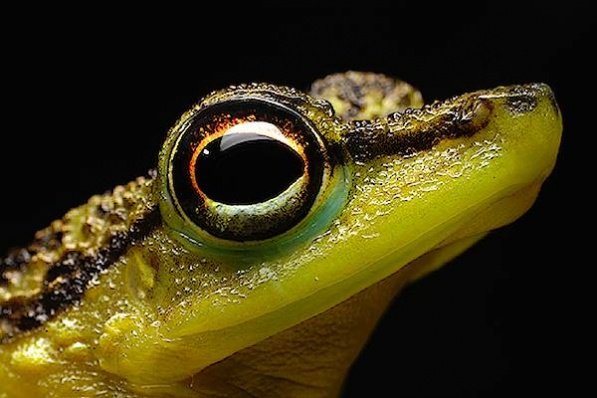 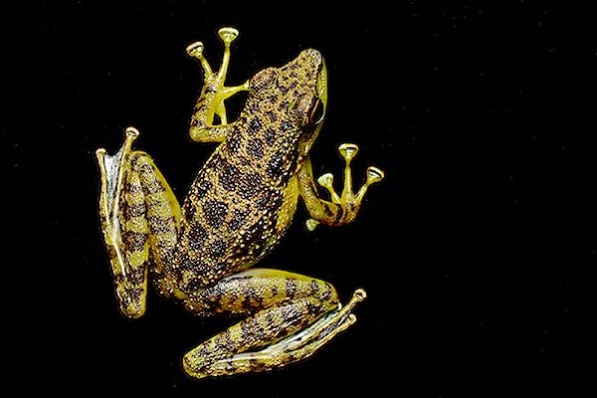 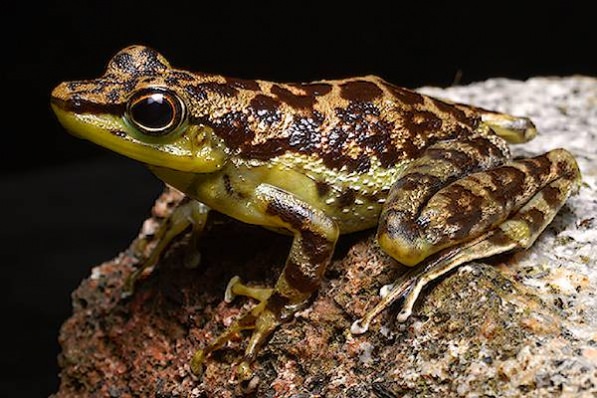 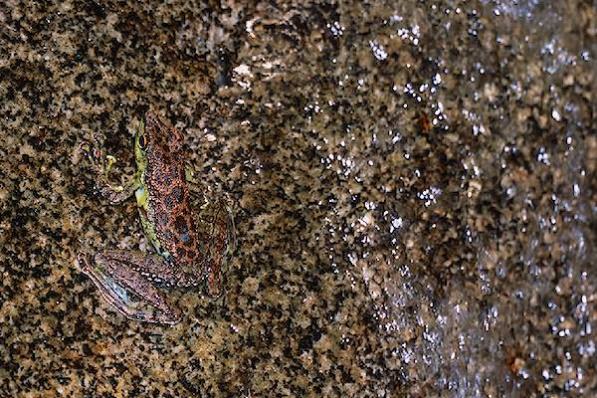 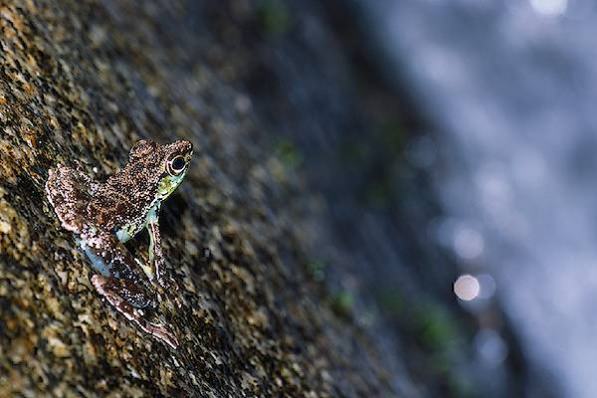 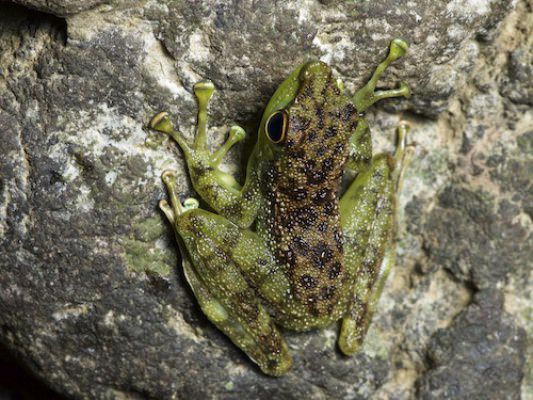 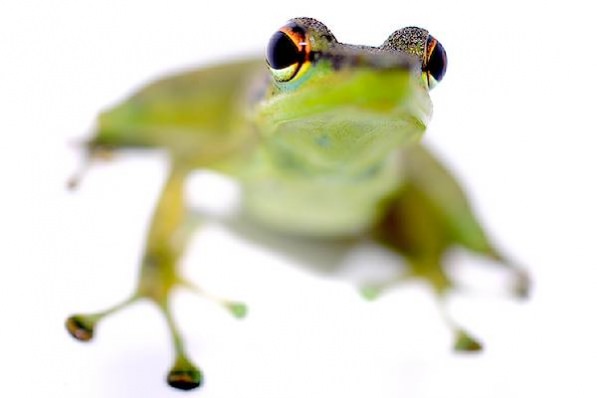 Staurois guttatus is one of the few species with diurnal activity. It inhabits small to large cascading, rocky streams. In large streams, it can be seen sitting on boulders in the splash zone near waterfalls. Rock frogs are known for their foot flagging behavior. Signals are given to other individuals by lifting the foot and exposing the colors of the foot webbing.

During the night individuals can be found resting on saplings, preferably overhanging the stream.

The tadpoles are reddish with blueish iridescence. Their eyes are small and seem vestigial. The body is depressed with a wedged snout. The tail is long and its fin is low.

Tadpoles of S. guttatus are highly specialized inhabitants of thick piles of leaf litter in stream sidepools. They strongly resemble centrolenid tadpoles from South- America, a remarkable case of convergence