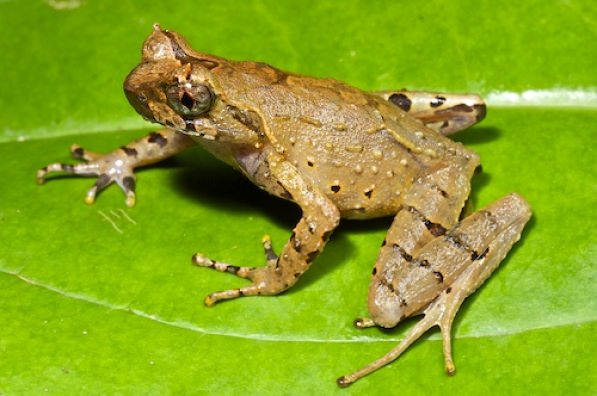 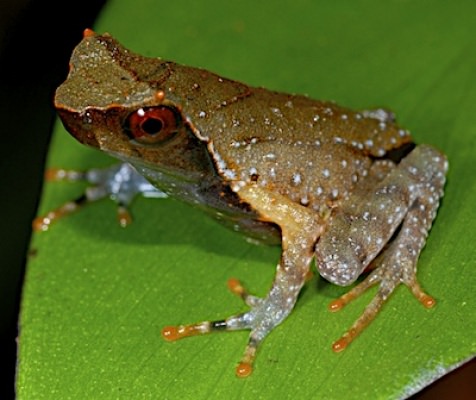 Megophrys dringi was only described in 1995. It was discovered by Julian Dring on Gunung Mulu. The frog remains enigmatic and only few people have seen it due to its elevational range above 1.600 m asl. Recently, it has been discovered in the Crocker Range mountains.

This species is a high elevation specialist. It breeds in the cold, rocky streams of the primary mist forest.

This frog is brown above with dark markings especially between the eyes, and crossbars on the legs. Fingers and toes are long. Maximum size 55 mm in females, males are slightly smaller.

The tadpole resembles that of other Megophrys species.

The mouth labia are enlarged and form a funnel. In resting position it is slightly folded and the corners point upwards. When the tadpoles swims up to the water surface, the funnel spreads out and is used as a structure that channels water with small particles (pollen, durst, bacteria) to the mouth (see M. baluensis page). The small particles are filtered from the water in the gill chamber.

The tadpole depicted was assigned to the species on the basis of DNA matching with an adult frog.