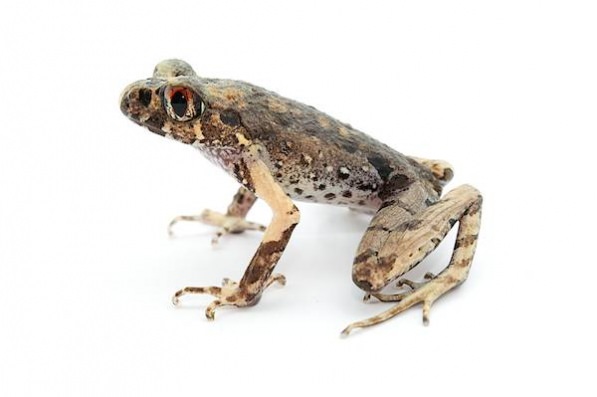 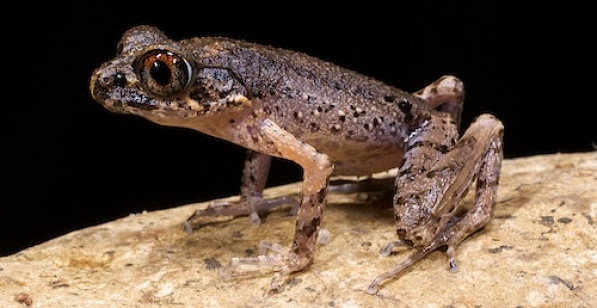 Leptolalax gracilis is a common Slender Litter Frog of lowland rainforests in Sarawak. It seem to tolerate secondary forests and mild human alterations of the habitat.

The coloration ranges from shades of brown to grey with dark markings on the dorsum. The flanks bear light warts and dark spots. The upper sector of the iris is orange to amber. The upper arm and elbow is cream in color.

We found tadpoles in a roadside ditch in slowly flowing water under piles of accumulated leaf litter and among gravel. Tadpoles where associated with tadpoles of nine more anuran species in the same body of water.

Leptolalax gracilis tadpoles are similar to those of other species in the genus: the body is slender, the tail is strong and muscular, and the tail fin is low. The oral disk forms a cup-like structure. The function of this specific mouth shape is unknown. Larval eyes are small.

As yet, no morphometrics have been developed to determine reliably the tadpoles of Leptolalax species by key.