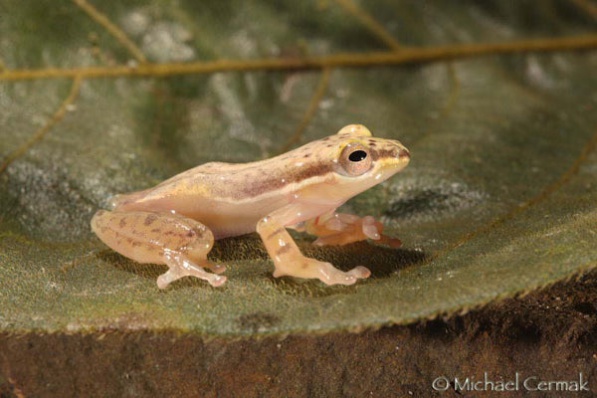 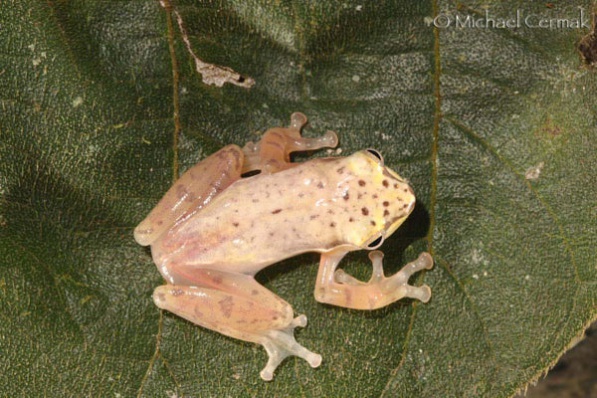 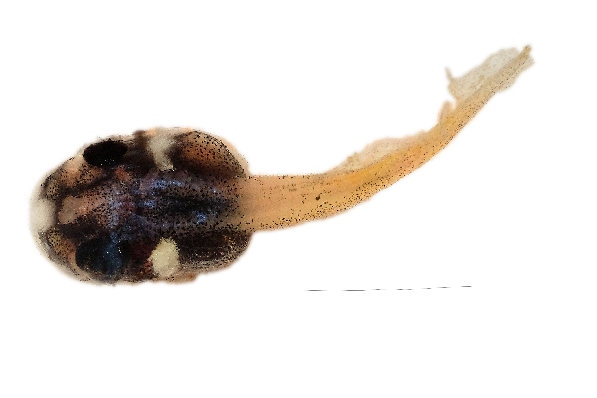 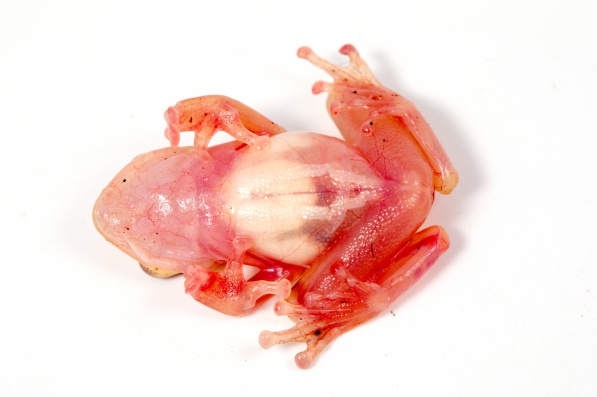 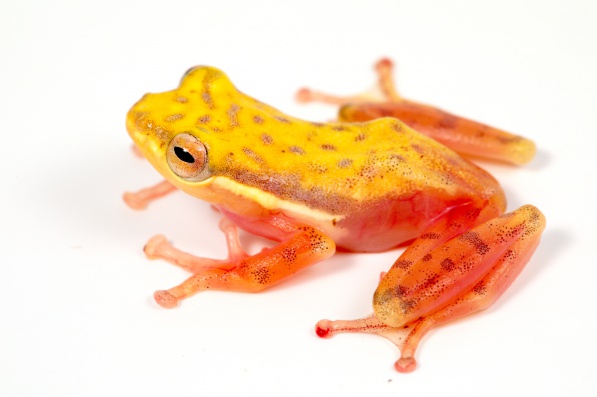 Formerly known as Chiromantis inexpectatus. Current records to our knowledge include Maliau Basin and Danum Valley. This small frog (22 mm in males, females are unknown) has only been described in 2014 by Matsui, Shimada and Sudin. Following these authors, the frog can be diagnosed as follows:

Dark spots are present on the back. A dark brown band runs laterally from the snout tip to mid-body and is bordered below by a light line. The third and fourth fingers are webbed less than half of their lenghts. The tympanum is small and the third finger disk is wider than it. An inner metatarsal tubercle is present.

The know specimens have been encountered on low vegetation above the surface of stagnant pools.

Some images courtesy of ©Michael Cermak.