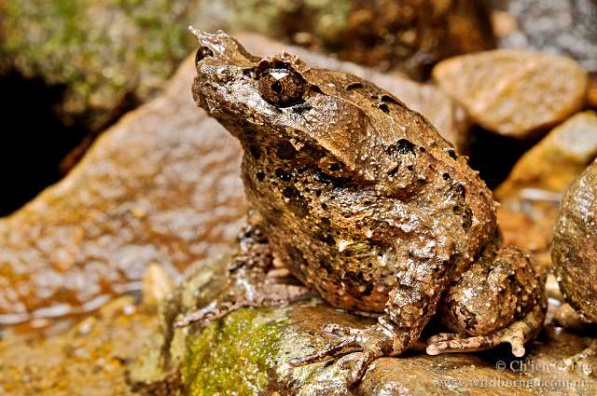 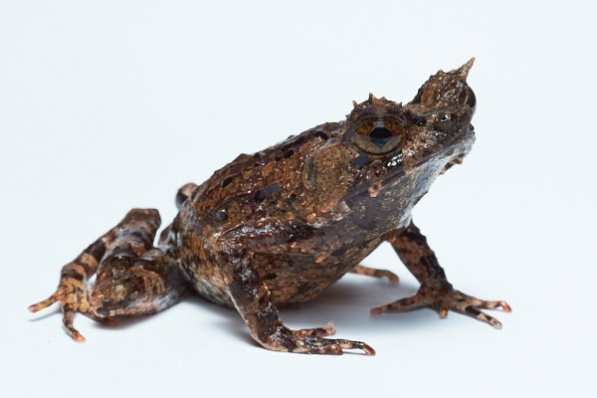 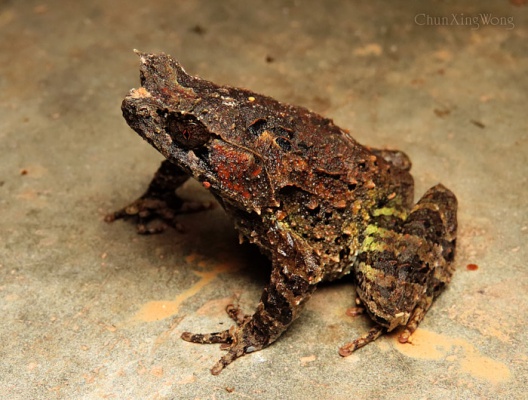 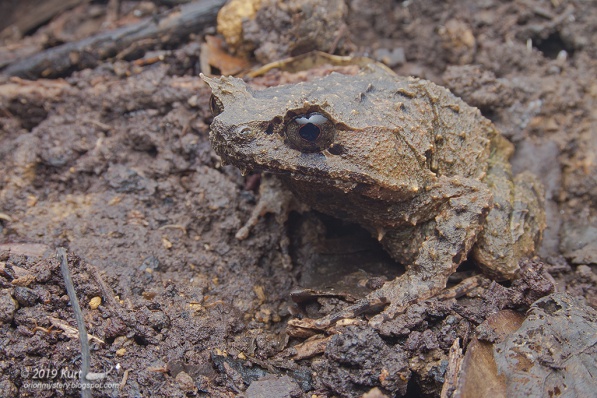 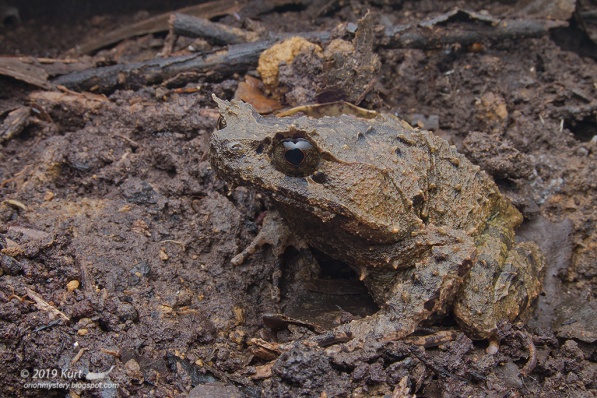 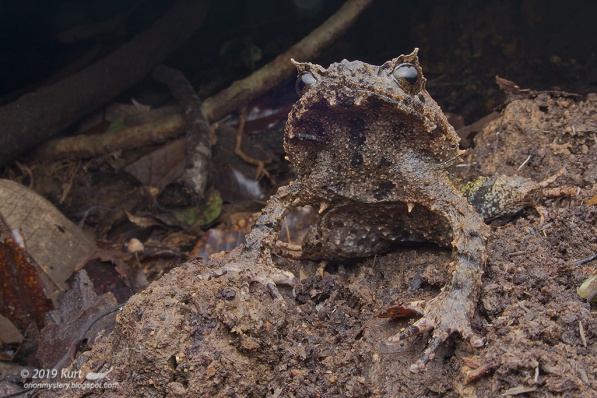 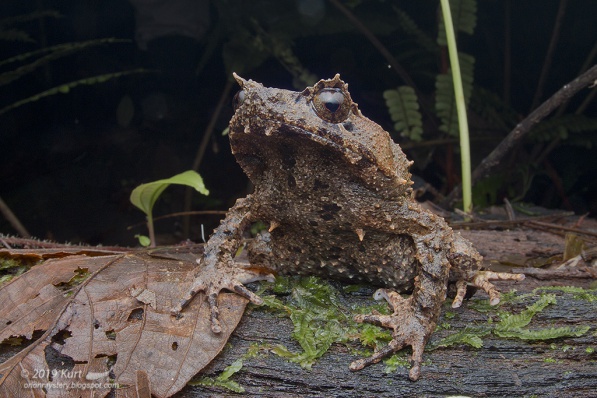 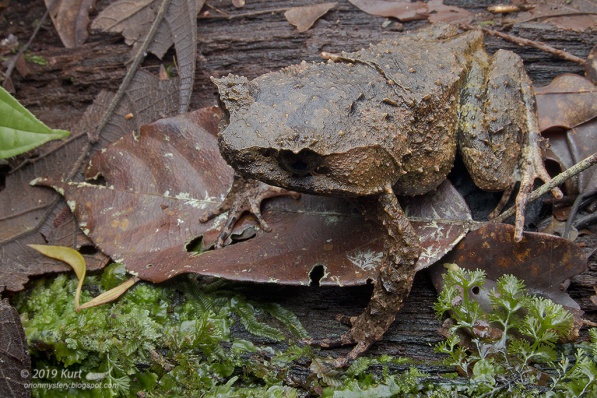 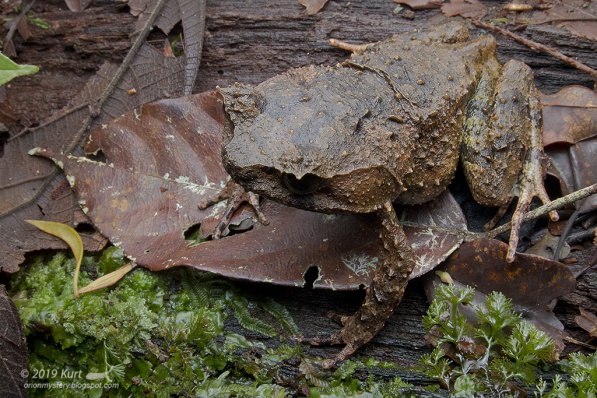 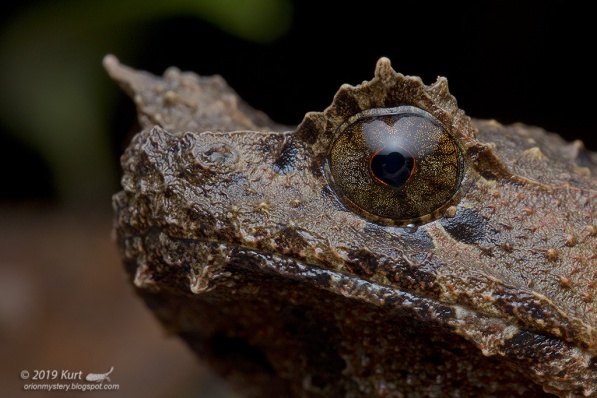 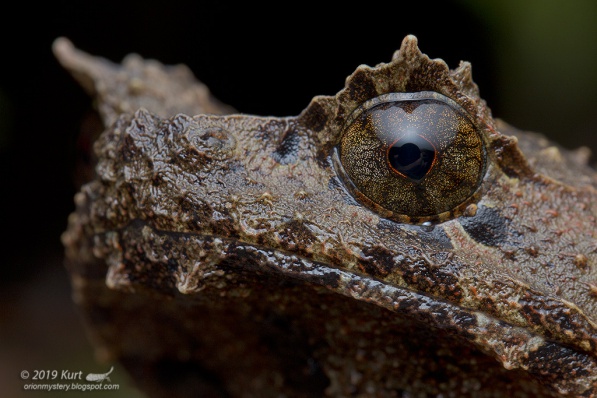 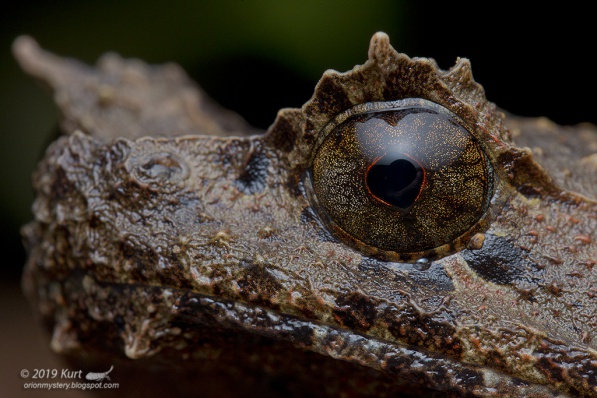 The biology of Megophrys edwardinae is mostly unknown. Records about this species are scarce. This frog is brown above with dark markings. The hind limbs have dark cross-bands. It lives on and among the leaf litter layer of the forest floor and is difficult to spot due to its camouflage coloration. It bears skin extensions ("horns") above the eyes and the body has many rounded and pointed tubercles, as well as ridges, giving the species a rough and spiny appearance. There is no pronounced nasal skin projection. The iris is dark brown.

The species is encountered in lowland forests of hilly relief in the vicinity of small, clear, rocky streams. Details about reproduction are unknown.

It has been reported from Sabah, Brunei and northern Sarawak.