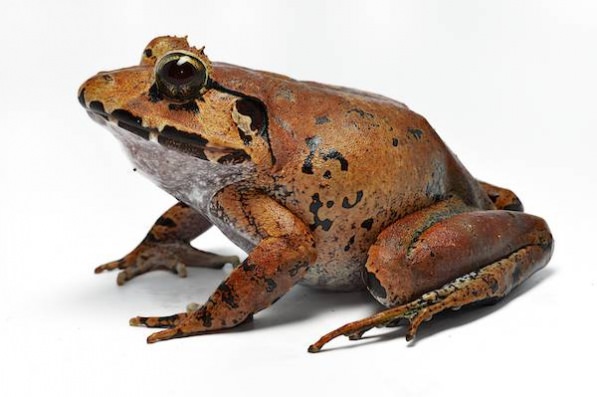 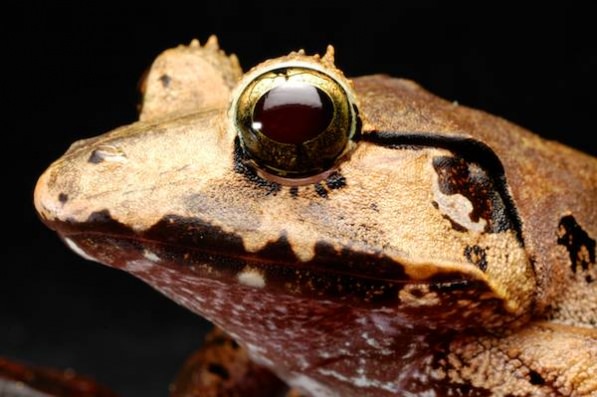 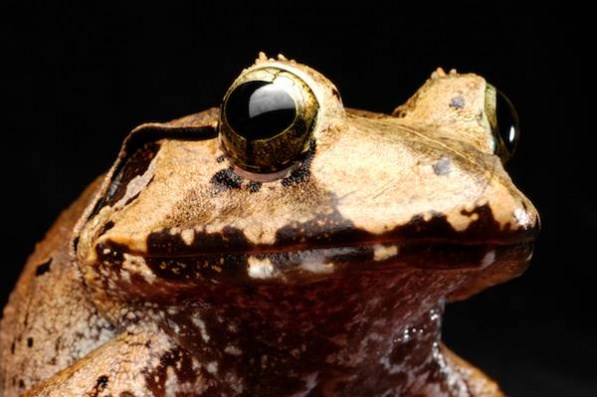 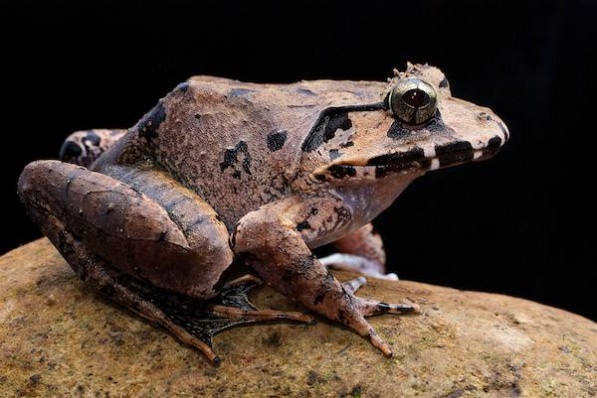 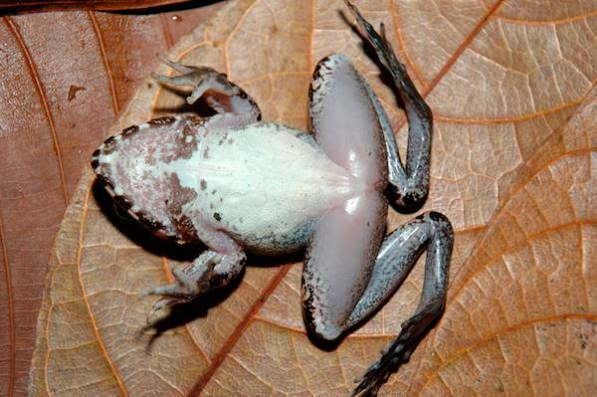 Limnonectes malesianus is a ground-dwelling frog of lowland primary and secondary forests with peat swamp areas.

This species can grow large: Males commonly are > 100 mm and can reach 150 mm. Females are usually smaller and reach up to 95 mm.

The jaws are strong and the lower jaw bears odontoids. This frog is capable to catch large prey items.

According to Inger & Stuebing 2005, eggs are laid in a shallow, circular depression in the gravel of slow moving streams; similar to the breeding behavior of leporinus.

We found tadpoles in quiet parts of a streams in a swampy area, among accumulations of leaf litter and plant debris.

The tadpoles are dorsoventrally depressed. The tail is moderately long and the tail fins are relatively low. The fin in one specimen was damaged (dragonflies?); the tail tip appears blunt but the very tip may be missing. The muscular part of the tail bears a series of blotches. The belly is mostly unpigmented. Tadpoles of leporinus and malesianus are similar, with differences in the tail blotching and slightly different mouth keratodonts.